skip to main | skip to sidebar

Well, here’s something from the wilds of Korea: LG is reportedly planning to roll out an Android 3.0 (aka Honeycomb) tablet in the first quarter of 2011! This news comes after one of us got to talk to LG Electronics Asia vice president of corporate marketing Sandeep Khanna, where he confirmed that they had ditched efforts to make a Froyo tablet. Recall that Google itself said that “if you want Android Market on that platform, the apps just wouldn’t run. Froyo is not optimized for tablets.” 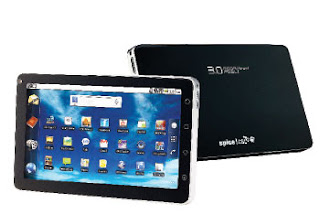 Posted by A Fresh Approach Media at 9:50 PM

A Fresh Approach Media
A Fresh Approach Media is a Tucson website design company that has been serving our clients since 2006 and is officially a Limited Liability Corporation. We offer businesses and individuals custom website design in Tucson and out of state, domain name and hosting, e-commerce and internet marketing solutions which includes social networking and search engine placement.